This is the sixth entry in “It’s the Economy, Stupid” a 15-part series analyzing the local economic news in five swing states. 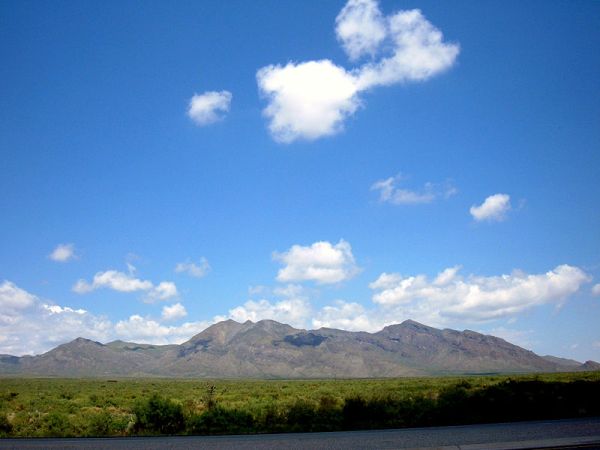 It is a destination famous for aged mud brick dwellings, UFO conspiracy theories, and now the runway to meet those little green men. This year marks the 100th anniversary of a state that retains its majority-minority status. The “Land of Enchantment,” New Mexico represents the Southwest and a profile of its economy rounds out this series’ five swing states.

The GOP Presidential nominee should be long settled by the time primary voters head to the ballot booths, in early June. But it will likely receive attention from Presidential candidates nonetheless. Back in 2008, Senator Obama overcame a budding trend of less than one percent victories – Bush by 0.79% in 2004 and Gore by 0.06% in 2000, with a dramatic 15-point lead over Senator McCain. The state swung for Bill Clinton twice, thanks in large part to the significant vote share earned by Independent Ross Perot.

Candidates will be vying for the state’s five electoral votes – a number unchanged in the last census. Democrats have an enrollment advantage with 49% of the electorate to their Republican counterpart’s 32%. Independents and third parties comprise the remaining 19%.[1] But those numbers hardly portend an Obama victory, with voters electing a Republican Governor, U.S. Representative, and five State Representatives in 2010. But neither U.S. Senator was up for election that year, and the State House – which meets for only 30-60 days each year, remains controlled by the Democrats.

Its 2.1 million residents make the State rank 36th by population. By ethnicities it is majority-minority as non-Hispanic Caucasian individuals comprise 41% of the population. Hispanic and Latino persons are a plurality at 46%, with Native Americans representing the third largest share at 9%.[2]  Together, those residents produce an $80 billion Gross State Product that is the 37th largest in the nation. While near equal to its population rank its GSP yields $35,355 per capita – below the national average, and 40th overall.

More troubling statistics are its below-the-national-average graduation rates for High School and College, at 82.7% and 25.5% respectively. Around 21% of its residents lack health insurance and more than 18% of individuals live below the poverty line – both rates above their national averages. Despite those numbers, there is positive news. After unemployment peaked at 8.7% in January 2011, it has since fallen to 6.6% – well below the national average of 8.3%. Unlike other states, the dramatic decline was not due to an equally dramatic contraction of the labor force. It has been largely constant around 940 thousand employees and job seekers since the start of the crisis.[3]

That unemployment rate is likely linked to positive growth across nearly every industry. Only three experienced negative growth rates over the last year, and only one – Construction, experienced a serious decline at nearly 14%. With regard to the State’s largest industries, agriculture is significant enough to factor into market shares. Considering that industry’s employment, the top-six are: Government (22%), Trade, Transportation, & Utilities (16%); Education & Health Services (14%), Professional & Business Services (10%), and Agriculture (8%).

Alongside Colorado and Wyoming, New Mexico is one of the largest coalbed methane producers in the U.S. It is sixth-largest producer of natural gas, and contributes close to one-tenth of the domestic supply. The San Juan Basin, which extends into Colorado, is the largest field of proven natural gas reserves in the country. It is the fifth-largest producer of oil. All this activity contributed $434 million in tax revenues and royalties to New Mexico in 2011 and over $4 billion in the last ten years to the state’s public education system.[5] Expect this state’s energy production to feature in future posts.

The nonprofit Southwest Pennsylvania Environmental Health Project opened its doors last week in Washington County to study the health impacts of Marcellus Shale natural gas drilling. This comes after the American Association for the Advancement of Science (AAAS) found that hydraulic fracturing – the latest technology for natural gas extraction, does not pose a significant risk of groundwater contamination. The Project aims to provide medical screenings and to track health developments related to the 700 wells in operation in the County.

Central Florida retailers are preparing for the estimated 50 thousand visitors expected to attend the 2012 NBA All-Star Game, next weekend. With tickets starting at $500, retailers are anticipating sales numbers akin to Black Friday. But even as one article highlights the potential gain from hosting the event, another notes that security measures may separate visitors from area businesses.

Commissioners in El Paso Country retreated from oil and gas regulations passed in January that were viewed by the Attorney General as usurping the authority of the State Oil and Gas Commission. The dispute highlights the at times conflicting interests between levels of government, which – as with the case of Pennsylvania, are often linked to energy concerns. In the compromise all but one regulation, which concerned water testing, was overturned.

The $507 million budget includes the first pay raise for municipal employees in three years. The City faced several challenges including cuts to the state’s Local Government Fund and debt payments for the construction of the Cleveland Browns Stadium – at a cost of around $10 million apiece. The mayor hopes that the soon-to-open downtown casino and combination convention center and medical mart will attract sufficient new tax revenue to end deficit spending after this year.

The State Legislature passed a $5.6 billion budget before adjourning its 30-day session. Facing a veto threat, Democratic lawmakers approved several tax breaks favored by Gov. Susana Martinez, a Republican. The breaks included deductions for contractors and manufacturers, and a credit for hiring veterans who served in Iraq and Afghanistan. Lawmakers failed to address solvency concerns in the public retirement system and safety measures designed to prevent property tax surges.