This is the fourteenth entry in “It’s the Economy, Stupid” a 15-part series analyzing the local economic news in five swing states. 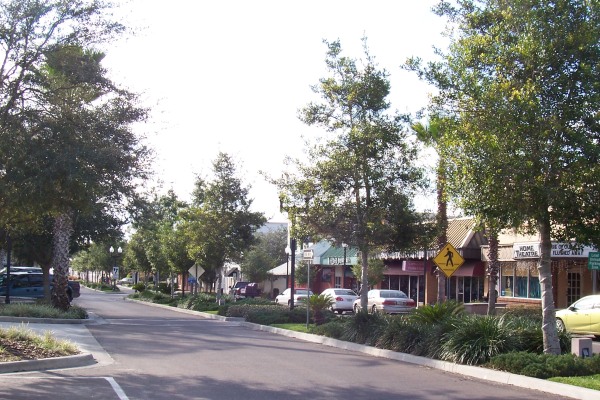 Unemployment is down – but so is consumer confidence. As several communities unveil economic development plans, others look to penny taxes and proposals for closing gaping budget deficits. With summer rapidly approaching, it is to the tourist haven of Florida that this series shifts, but first detours to the latest Bureau of Labor Statistics report.

The BLS Regional and State Employment and Unemployment report for March, notes that Florida continued the dramatic fall in its unemployment rate. Over that month it fell to 9% – a number that it has not been below since January 2009. The decline is largely due to the nearly 20 thousand individuals hired over the course of March, but the rate remains above the national level of 8.2%. Every other swing state is below that rate, but none experienced a decline as dramatic as Florida’s.

Two states, Ohio and Pennsylvania, experienced small declines of 0.1 percentage points to fall to 7.5%. But the report cautions against celebrating Ohio’s lower rate, as it had the largest decrease in employment – by 9,500 workers, relative to all other states. Colorado’s rate of 7.8% is above both those states, and has been constant over the last three months. New Mexico is constant too, at 7.2%, but that rate represents a 0.2 percentage point increase since this series began.

Many Floridians are likely returning to the workforce through the support of the 24 regional job workforce boards across the state. Still, the impact of one board – Workforce Central Florida, was scrutinized by the Orlando Sentinel. Even as the board has helped 9,300 individuals find jobs through 2012, it has consistently ranked 15th (or worse) among its peers. The ranking system was initiated by Gov. Rick Scott in an effort to improve accountability, but the results are disputed by the Central Florida board as overestimating job availability and inflating the placement efforts of other boards. Despite the disagreement, falling unemployment could be expected to correlate with consumer confidence.

That correlation is not present. For the third month in a row, the University of Florida’s Consumer Confidence Index found a decline in the measurement. In fell two points in April to 73, with declines across all five components: perception of personal finances (59), expectations of US economic conditions over the next year (72) and next five years (77), expectations of the economy a year from now (78), and whether it is a good time to buy “big ticket” items (78). The largest fall occurred in personal finances – down four points, with perceptions held by seniors citizens cited for the overall dropping confidence. Still, the researchers note that if trends of increasing home prices and falling unemployment hold, then the measurement should recover. And although the decline parallels a similar one over the same period last year, it is higher than that period’s level of 68.

Perhaps in an effort to boost that flagging confidence or at least to attract tourism dollars, several cities and counties are boosting local redevelopment efforts. Pasco County is staking its tourist tax revenue on the Wiregrass Sports Complex. Pending final negotiations, the Tampa Bay Times reports that the 200-acre and 20-field complex will receive $14 million from a county account used to hold hotel taxes. The move will virtually liquidate the account, which has been untouched since 1991. If successful, the complex will meet its 2,000-team per year capacity, and bring considerable revenue back to the county.

Boynton Beach is looking to set itself apart too, with the South Florida Sun Sentinel highlighting a 465-unit apartment complex that is nearing completion. Once complete, the complex will be the largest sustainable-energy residential development in the country, with tenets expected to save 40% on energy and 25% on water bills. The paper notes the tradeoff for securing the construction, with the community’s development agency rebating $2 million in tax revenue from the complex to the developer over the next ten years. For an alternative financing scheme, Boynton could look to Pasco County which is seeking a penny sales tax. If passed in a referendum next November, the tax is expected to generate $502 million over 10 years with some proceeds earmarked for economic development.

A penny tax would be unlikely to help the city of Saint Petersburg, which faces a $13 million budget deficit. Property tax revenue has fallen $100 million over the last four years, and the after countless cuts to services, city officials are considering a range of revenue proposals to close the deficit in the proposed $200 million budget. The Mayor and city councilors remain divided as to which revenue measure they would like to impose, but a survey finds that 71% of residents oppose future cuts and 67% support a property tax increase.

That wraps up the major economic news coming out of Florida, check back next week for the 15th and final entry of this series.

Marcellus Shale natural gas is in the headlines again. Joining seven municipalities in lawsuits related to the resource are over 100 landowners who claim they were defrauded into selling leases to access gas reserves on their land for $3 per acre. Following the surge in hydraulic fracturing, prices now average $3,000 per acre. For landowners, that can mean the difference between a license worth $129 or $100,000 per year. But the claims of fraud may be difficult to prove, in a situation that is at the very least a “bad bargain.”

The bill was unanimously approved by the Colorado State Senate and will head to the Governor’s desk, where it is expected to receive his signature. It permits grocery stores and convenience stores to install electric and natural-gas fueling stations without being subject to regulation by the state Public Utilities Commission. With a lack of refueling infrastructure arguably hampering the deployment of alternatives to gasoline powered automobiles, the bill could provide a needed jolt to develop the electric and natural gas-powered vehicle industry.

In what may be a unique business environment, Cleveland entrepreneurs envision creating a floating office park in the city’s Lake Erie harbor. The project forms part of the city’s $2 billion, 90-acre lakefront development plan. Even as the article profiles one startup which is readying its office barge, bureaucratic hurdles and winter weather concerns may discourage others from following suit.

The $36.6 million project is welcomed by area commercial truck drivers who note that improving the aged interchange will not only promote safety but business. Still, they and their 30,000 peers who drive the road daily will likely not celebrate the up to 373 days estimated for the project completion. Those celebrating are the 140 local residents employed by the project – even if they are scheduled for the night shift on the 20-hour per day construction effort.